The Flashman Papers: a summary

During the Victorian era Harry Flashman fled like a rabbit, toadied like a fawning lapdog and whored his way like a prime bull to undeserved military success and fame for over half a century without getting caught out ... almost, for Harry was never out of trouble for long for all his experience getting struck down by the dirty end of fortune's wand so to speak - he never learns to keep to the straight and narrow path of righteousness, which for us is a great fortune since he would have never been kicked out of Rugby, ridden with the Light Brigade at Balaclava, taken part in the Indian Mutiny, met Otto Bismarck, Abraham Lincoln, and Queen Victoria herself; if these things had not taken place the Victorian era would have been different, and we would not have the Flashman Papers to enjoy and study!""

A coward, a Cad; chronically unfaithful to his beautiful and devoted(sic) wife, to whom he is hopeless and ardently attached. A paragon of Victorian manhood; a lying adulterer who cheats at billiards. A bully. A cheat, thief and playactor. Unwilling hero in the biggest battles and events of the British Empire. Sir Harry Flashman; VC; KCB; KCIE; the hero of George Macdonald Fraser's Flashman Papers.

This collection of historical papers form a complete view of matters of the military, the politics, and the social issues of the Victorian age.

The Flashman Papers, approximately 1822 to 1915, detail the start of the Victorain era, the Indian Empire the battle of Little Big Horn, the Zulu war, the cricket fields of Lord's, Manchu China, and the First Afghan War, among others sagas and events.

Searching this wesite powered by Sitelevel.whatUseek. 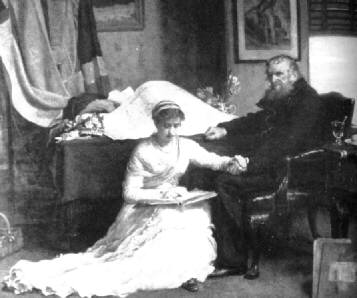 Harry Paget Flashman (1822-1915) as an old man sat down wrote a narration of his life which become the 'Flashman Papers.' - (Edited by George Macdonald Fraser.)

Details of Flashman's early life are recounted in the famous book by Thomas Hughes who scandlously sets Flashman as the bully in his tale of Rugby School in Tom Brown's School days.

The first volume details how Flashman gets a commission in the 11th Light Dragoons, sees service putting down some social unrest in Scotland where he acquires his life long spouse, Elspeth.

This packet also Amazon Books - Dispatched within 24 hours s his exploits during the First Afghan War and the retreat from Kabul.

Flashman meets Otto Von Bismarck (later the famous Primeminister of Germany - founding father of the German empire.) He becomes involved with a Danish Prince Carl Gustaf and unwillingly has to play his part to save the Princes reputation.

Flashman displayes a passing interst in politics which leads to him unwittingly becoming involved with an African slave runner Captain John Charity Spring and later the Underground Railroad along the Mississippi in America!

Harry is entrusted with Queen Victoria's royal cousin, while in service in Russian on the Crimea. As a staff officer he later takes part in three of the most historic and well remember military actions ever to take place. The Thin Red Line, the Charge of the Heavy Brigade and the famous Charge of the Light Brigade into the 'valley of death'.

Flashman is captured later after his escape he joins a bandit army of Khokhandians in Persia to stop Russian army from invading India.

Flashy is sent back to India to investigate continuing Russian schemes. Disguised as an Indian cavalryman he becomes caught up on the wrong side of the Indian Mutiny!

Flashman considers a career in Cricket after a famous 'Hat trick' at Lord's bowling out Felix, Mynn and Piltch with Three balls. The sporting career is cut short by the kidnapping of his wife. He sets out on an expedition that led to his being stranded on the fearsome island of Madagascar, in the court of the Mad Queen Ravalona.

Following his brush with the law after being caught running free slaves to Canada Flashman has to flee New Orleans. He joins a 'Forty-niner' gold rush caravan to Santa Fe. Meets Kit Carson along the way. He is captured by, and then joins, an Apache tribe after the daughter of the chief selects him as a husband.

After escaping many years later, Sir Harry by then a General returns to America only to become caught up in an expedition into the Black Hills and Custer's last stand at little big horn.

During Intelligence service in Hong Kong, he witnesses the progress of an opium caravan up the Pearl River, and becomes entangled in the Tai Ping Rebellion which caused the death of millions during the Manchu dynasty.

Flashman is posted in India with the diplomatic corps in order to influence Maharani, and becomes embroiled in the bloody colonial war between the British and the Sikh army the mighty Khalsa.

Flashman is shanghaied to New Orleans, where he is still a wanted man for his working with the Underground railroad. Contacted and strong-armed by the US government slavery abolitionists, Flashy ends up in Maryland, spying on John Brown's band as they prepared their raid on the Harper's Ferry arsenal, which signalled the start of the American Civil War.

Flashman retells the story of how he meets an old enemy during the Zulu war and the famous action at Rorke's Drift and how he helps run the assassin to ground in London.

Flashman speaking about his talents:

"... indeed, horsemanship and my trick of picking up foreign tongues have been the only things in which you could say I was born gifted, and very useful they have been."

"I give the advice for what it is worth: if you want to learn a language properly, learn it in bed with a native girl - I'd have got more of the classics from an hour's wrestling with a Greek wench than I did in four years with Arnold."

I'm not a sabre expert - a strong swordsman, rather than a good one, was how the master-at-arms in the 11th Hussars had described me - and if I have to use one I'd rather it wasn't in single combat, but in a melee, where you can hang about on the outskirts, roaring your heart out and waiting for an opponent with his back turned...