This ribbon bar group believed to have been worn by Sir Harry Flashman toward the end of his career recently came to light, discovered by an auctioneer at Christerby's folded up inside a silver cigarette case which bore the inscription "To my dearest Hector, ever faithful and waiting - E. The Ribbon, partly burnt, was wrapped around the remains of a cheap Turkish blend cheroot. The quick thinking auctioneer alerted Mr Hargreave Mawson who was able to identify the item as belong to Sir Harry. There would seem to be few other military men of the Victorian era who would have anything like this grouping. 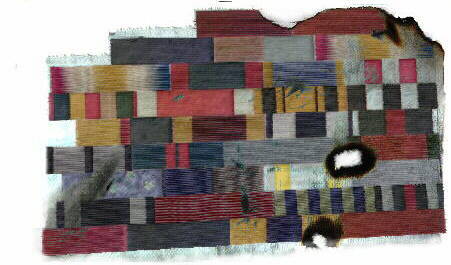 The details of the group researched by Michael Hargreave Mawson:

There is speculation about the accuracy of the identification of these ribbons. Further volumes of the Flashman papers will of course aid the research into this ribbon group. The age and condition of the ribbons make identification difficult, along with the extraordinarily wide variety and length of Flashman's military service. While there is speculation on the old generals part in the Great War, it was recently pointed out that a ribbon thought to be remaining from a medal from the Great War, it could in fact have been a ribbon awarded to benifactors of the 'Mission for Reclamation of Reduced Females', New York!