FLASHMAN ON THE MARCH

2005 35th Anniversary of the Flashman Papers 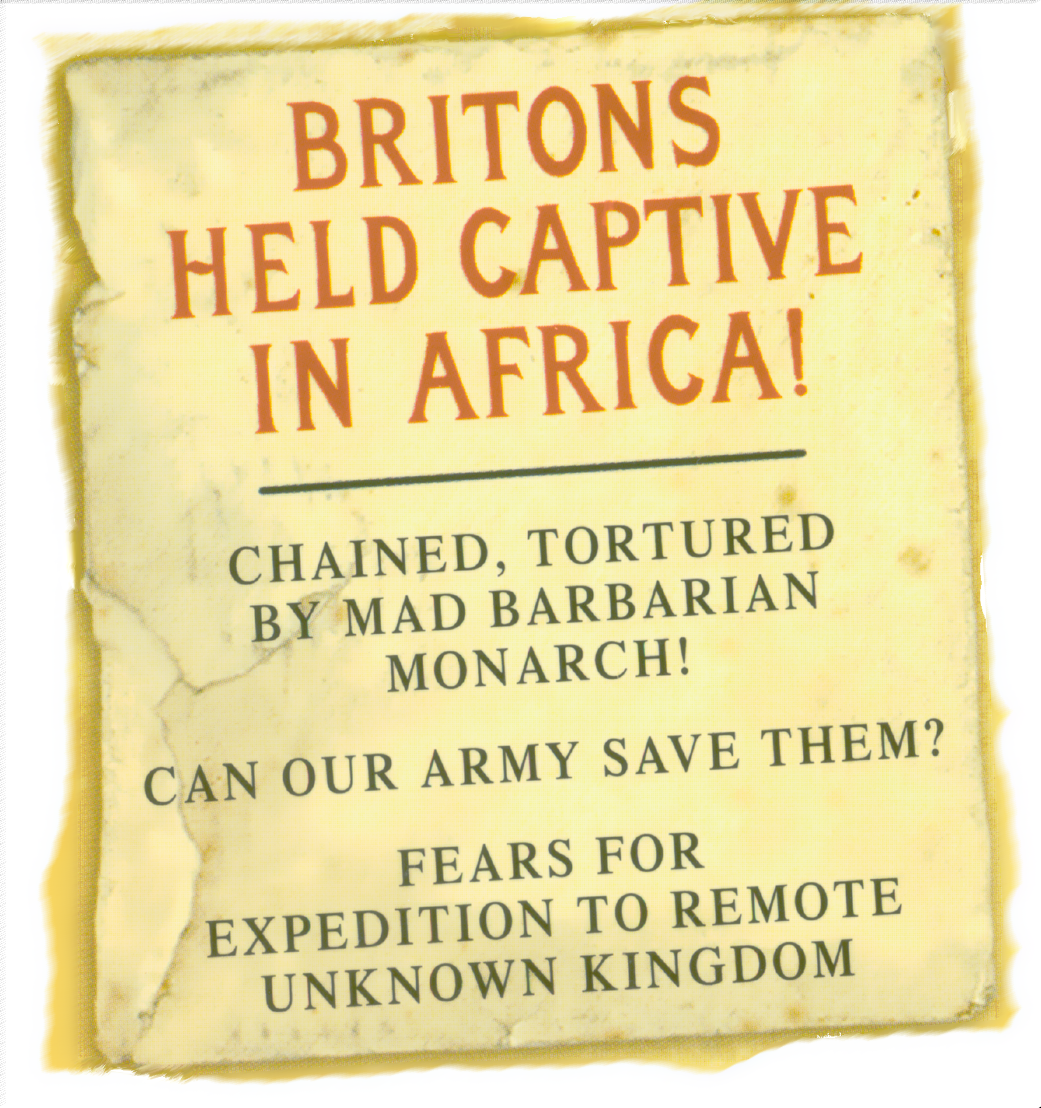 Fortunately help was at hand: Sir Harry Flashman, V.C., arch-cad, poltroon, amorist, and reluctant hero, fleeing first from Mexican bandits, rebels, and the French Foreign Legion, and subsequently from the relatives of an infatuated Austrian beauty, was in urgent need of somewhere to take cover - even if it meant a perilous secret mission in disguise to the court of a voluptuous African queen with a weakness for stalwart adventurers (whom she occasionally threw to her pet lions). And along the way were nightmare castles, brigand lairs, battles, massacres, rebellions, orgies, and the loveliest and most lethal women in , testing to the limit the great bounder's talents for knavery, amorous intrigue, and survival.

Our celebrated hero Sir Harry
Flashman is back in the first
complete Flashman novel for
eleven years...

Entire Flashman backlist is available alongside this new hardback

Celebrated Victorian bounder, cad, and lecher, Sir Harry Flashman, V.C., returns to play his (reluctant) part in the Abyssinian War of 1868 in
the long-awaited twelfth installment of the critically acclaimed Flashman Papers.

Many have marvelled at General Napier's daring 1868 expedition through the treacherous peaks and bottomless chasms of Abyssinia to rescue a small group of British citizens held captive by the mad tyrant Emperor Theodore. But the vital role of Sir Harry Flashman, V.C., in the success of this campaign has hitherto gone unrecorded.

Flashman's undeserved reputation for heroism renders him the British Army's candidate of choice when it comes to skulking behind enemy lines in Ali Baba attire. After all, who but the great amorist could contemplate navigating a land populated by hostile tribes and the lovliest (and most savage) women in Africa, from leather-clad nymphs with a penchant for torture to de-ballocking Amazons and a voluptuous barbarian queen with a reputation for throwing disobliging guests to her pet lions?

In October 1862 Theodore, emperor of , sent a letter to Queen which asked for an alliance. The British ignored the letter. Nearly two years later, when no response came, the Emperor imprisoned the British envoy and other Europeans in anger. This diplomatic incident led to the formation of an Anglo-Indian military expedition to . Sir Robert Napier was promoted to Lieutenant General and given command. A British army of as many as 32,000 men was assembled. 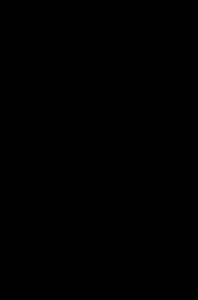 On the plateau of Argoi below Magdala Sir Robert Napier in command of British and Indian troops defeated the main imperial force. British and Indian battle losses are estimated at 29 wounded while the Abyssinians are believed to have suffered in excess of 500 killed and thousands wounded in the battle of Arogi. The next day, Theodore released the prisoners held in Magdala, but it was not enough to save himself. The British stormed the fortress of Magdala. That evening, Theodore committed suicide. Soon afterwards, the British burned Magdala and left the country. For his victory, Napier was rewarded with titles, the thanks of Parliament, and an annual pension of £2,000.

Review - Flashman on the March

The story unfolds in typical Flashman style, as always - erring between pulling his breeches up or letting 'em fly in the wind!@@ Helped by the welcome return of some old friends, half a million in silver and the pressing desire to finally get home to Elspeth again with his skin intact  - Flashman steams off half-cock to join Napier in Abyssinia, only to find once again that if he'd only kept his yearnings to himself,  -  instead going from one bosom to next, like the over inflated balloon juggling clown that he is, he wouldn't be in such a sweat about pulling his arse out of the fire again, this time literally!@ Once ashore in the tyrant cursed ,@ he walks with lions, tames wild , visits the ancient crypts of lost cities, even undertakes a ill-fated voyage on the mighty .

The story of the Abyssinian campaign, or the military part of it - the planning, staggering logistics, mustering of the troops, road building, and long march is the backdrop to Flashmanfs secret mission.@ This a unique account of the other players involved, the Abyssinian tribes, the intelligence officers, their secret negotiations, and Flashman's go-betweens with a number of buxom African Queens.@ Resulting in Flashman being right in middle of things when everything comes together for the final assault.

As usual the details and research is thorough, the notes are noticeably longer and improved, with plenty of references for further reading, a must for all good students of the papers.@

In summary "Flashman on the March" is fresh, buoyant and leaves the reader full of optimism for future Flashman papers... all those unanswered questions about ? The promise of more burlesque adventure out west, Flashman longing after Elspeth at home - heart fluttering under her heaving breast waiting on his return - and then him jumping on the next piece of fancy that comes his way...@@ " Flashman on the March "  is highly recommend, satisfying reading, if only as a surrogate for the next volume!

gFlashman is still flamboyant and footloose as ever and 35 years on hefs back on the March!h Max Wormald

Harper Collins are delighted to announce the publication of a brand new novel in George MacDonald Fraser's bestselling Flashman series. Publication in April 2005 will see Flashman on the March in Abyssinia in 1868."

"Christ! If that's how we won at the battle of waterloo, thank God the French don't know or we shall have them at us again."

"It was several weeks before the appropriate orders came through, by then I'd grabbed fortune by the foreskin , so to speak...."

As his Commanding officers crowded round his bed to praise his valiant efforts and comfort him against his injuries.

"Amen, said the little doctor. Really all they needed was a church organ and a choir."

About his Father's mistress:

"She stood glaring at me. Her bosom was what the lady novelists call agitated, but if they had seen Judy in a negligée they would think of another way of describing feminine distress."

Recommended Reading Related to Flashman on the March

This tale starts with Richard Burton and John Hanningspeke setting out to find the sources of the Nile. The author tells of "Baker of the Nile" and his wife, and of the American journalist H. M. Stanley whose greeting to Livingstone became a household phrase. He also examines the results of their discoveries: the building of the Suez Canal, the appointment of "Chinese" Gordon as governor-general of the Sudan and his tragic end in Khartoum, of the military successes which made Queen Victoria the ruler of a huge area from Alexandia to the highlands of Uganda, and which opened the Nile as a highway from Central Africa to the sea.

The continuing tale of Africa including the Magdala campiagn

Narrative of Captivity in Abyssinia: With Some Account of the Late Emperor Theodore, His Country and People Henry Jules Blanc

A Narrative of Captivity in Abyssinia:...

The Amharic Letters of Emperor Theodore of Ethiopia to Queen Victoria and Her Special Envoy: 002 Girma-Selassie Asfaw

The Amharic Letters of Emperor Theodore...

@Amharic Letters to Queen Victoria and...

Amazon: The March to Magdala